Does E-Cigarettes Make Your Body Any Healthier? 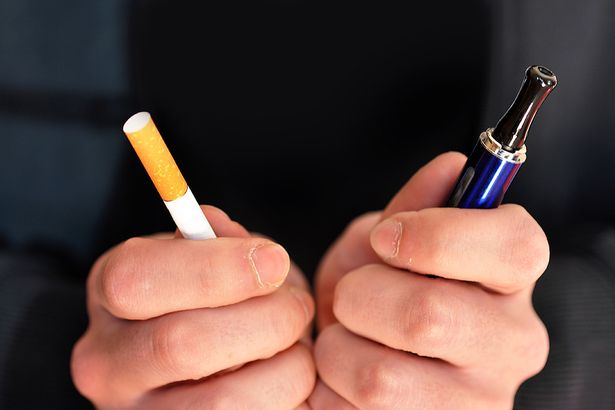 With so many people addicted to cigarettes, the goal is quitting. But some wonder whether e-cigarettes are a legitimately healthier alternative.

There’s little question the body begins to repair itself almost immediately after a person quits smoking.

Scientists say in as little as a month the lungs are already cleaning out gunky residue so you can breathe easier.

In fact, someone who quits smoking before they turn 40 can expect to live as healthy a life as someone who never smoked at all, according to Dr. Jonathan Samet, a pulmonary physician and epidemiologist at the University of Southern California. How’s that for good news on World Health Day?

But how about people who quit smoking regular cigarettes and switch to electronic cigarettes? Does their health likewise improve? 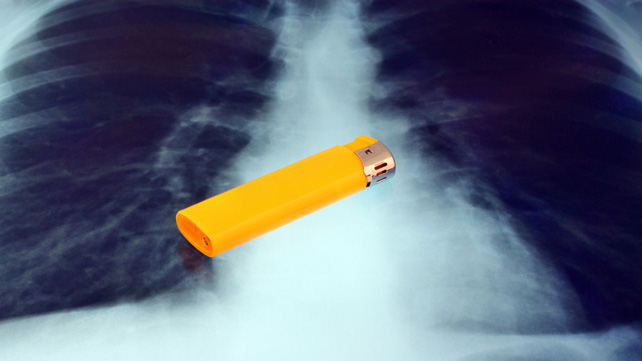 The short answer is medical researchers aren’t sure.

“We just don’t have the data,” Samet, scientific editor of the 2014 Surgeon General Report on smoking, told Healthline. “Getting into issues of long-term harm reduction, it’s something we need to sort through.”On one hand, there’s a new quit-smoking campaign by the U.S. Centers for Disease Control and Prevention (CDC) that includes, for the first time, warnings about e-cigarette hazards. The campaign features a woman who smoked cigarettes, and also vaped e-cigarettes, and suffered a collapsed lung at age 33.

On the other hand, people like Derrick Gurley of Conyers, Georgia, say they don’t want that message to be misconstrued. His dad switched to vaping 14 months ago after suffering a heart attack. According to Gurley, his father’s doctor reports the blockages in his blood vessels have begun to clear. He’s been advised to “keep vaping.”

The medical community is in agreement that quitting smoking altogether is the best way to improve your health.

Yet for millions of Americans addicted to cigarettes, the e-cigarette has become a more socially acceptable solution, whether they vape in order to gradually reduce nicotine consumption or as a long-term cigarette replacement.

Read More: What Happens When You Quit Smoking? »

The Wild West of Scientific Research

Jed Rose is a professor at Duke University who specializes in addiction and behavioral science. He told Healthline it’s difficult to say anything conclusive about e-cigarettes because they vary from one brand to another.

The “juice” or “e-liquid” is not standard from e-cigarette to e-cigarette, which is one of the reasons the U.S. Food and Drug Administration has agreed to consider regulating the devices.

Not all e-cigarettes deliver nicotine using the same mechanisms or even in a steady stream in terms of dosage. Nicotine dosing can also be customized.

For that reason, scientific studies of e-cigarettes have become a hot topic everywhere from bars to break rooms. It’s the Wild West of research with no benchmark ingredients to study. 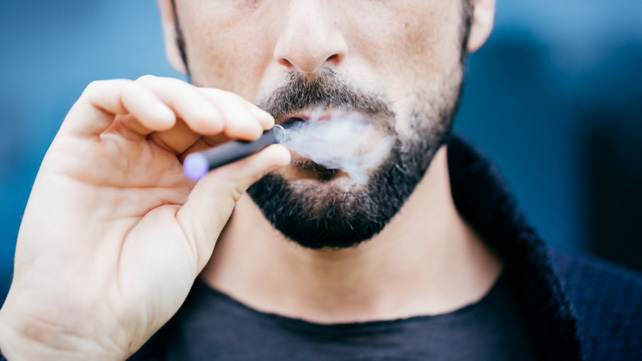 One study (although small)demonstrates one popular theory: That the long-term impact on lung-function from e-cigarettes must be less than from traditional cigarettes because there is no burning smoke.

But some researchers counter that argument by saying the chemicals in e-cig juice could be just as unhealthy. In February, researchers at the University of Rochester Medical Center published a study in PLOS One showing that the aerosols and flavorings in e-cig juice damage lung cells. The research was performed on mice and on human lung tissue in a test tube.More conclusive answers about how e-cigarettes affect the body long-term are forthcoming, Rose said. Millions in research dollars are being funneled toward this topic.

“There is some poor science,” Rose said. “Everybody is trying to get something out quick in order to get funding.”

Meanwhile, a new campaign developed by the CDC aims to make one thing clear: Smoking regular cigarettes and e-cigarettes at the same time is definitely a bad idea.

The ads are part of the CDC’s 2015 Tips campaign, which offers messages about why you should quit and where to get help.

For the first time, the campaign includes someone who smoked e-cigarettes.

“Kristy was a dual user of cigarettes and e-cigarettes and, because she did not quit smoking cigarettes completely, suffered a collapsed lung at the age of 33,” a CDC spokesman told Healthline in a statement. “Kristy was also diagnosed with early COPD, which is caused by cigarette smoking and is the third leading cause of death in the U.S.”

Children these days have grown up in a society where cigarette smoking is largely considered socially unacceptable. But research shows they’re not afraid to experiment with the electronic alternative.

Of particular concern is our finding that teenage smokers who accessed e-cigarettes were outnumbered by those who have never smoked but simply decided to experiment.
Mark Bellis, Liverpool John Moores University

In a survey of more than 16,000 secondary school children in the United Kingdom, one in five said they have used e-cigarettes, including 15 percent who had never smoked and 13 percent who used to smoke conventional cigarettes.

“Of particular concern is our finding that teenage smokers who accessed e-cigarettes were outnumbered by those who have never smoked but simply decided to experiment with what might be packaged to look like a safe product but actually contains a highly addictive drug,” wrote study author Mark Bellis of Liverpool John Moores University.

People like Derrick Gurley and his dad, Mannie, don’t want people who are addicted to cigarettes to be discouraged from switching to the electronic kind. Gurley said his dad’s doctor told him the blockages in his arteries are clearing up and his heart is performing better.

Gurley, 33, said he quit at the same time as his dad. He said he has a lot more energy and is no longer coughing all the time.

He said lots of people in the southern United States have converted to e-cigarettes. He added he doesn’t know anyone who both vapes and smokes regular cigarettes.

But a peer-reviewed study in the journal Nicotine & Tobacco Research found that 76 percent of e-cigarette users also smoke cigarettes. The results were from a consumer survey conducted from 2010 to 2013.

A recent study out of Australia offers another powerful message: It’s never too late to quit.

“The health advantages for younger people quitting cigarettes are well known,” stated a news release from the University of New South Wales. “Now a study has found older smokers can reap similar benefits and save the health system billions of dollars.”

The researchers analyzed hospitalization data from 267,000 men and women in the Sax Institute’s 45 and Up Study. Smokers (who only made up 7 percent of the sample) had a 700 percent increased risk of hospitalization for COPD. Risks for congestive heart failure, diabetes complications, and angina went up 41 percent for smokers.The thrust of the study is that if people quit smoking, it could save the Australian health system billions.

Using an e-cigarette exclusively may be advantageous when the results come in.
Jed Rose, Duke University

The mainstream medical community is generally cautious about saying what, if any, gains can come from switching from burning cigarettes to e-cigarettes. But they don’t want to discourage those people who report feeling better.

The science behind how the body repairs itself when a person totally quits smoking is well established and hasn’t changed that much in the past couple of decades.

“The basics are still the same,” Samet said. “Smoking is such a powerful hit to the body. When people stop, look what happens.”

As for those who switch from smoking to vaping, the verdict on whether they truly are improving their health is still being studied. It’s a question researchers are competing for millions of dollars to investigate.

“Using an e-cigarette exclusively may be advantageous when the results come in,” Rose said.