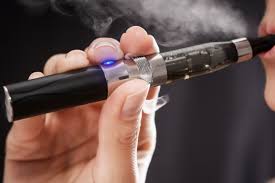 On the contrary, allowing e-cigarettes to compete with regular cigarettes might cut tobacco-related deaths and illness, the researchers concluded after reviewing 81 prior studies on the use and safety of the nicotine-emitting devices.

“Current evidence suggests that there is a potential for smokers to reduce their health risks if electronic cigarettes are used in place of tobacco cigarettes and are considered a step toward ending all tobacco and nicotine use,” said study researcher Thomas Eissenberg, co-director of the Center for the Study of Tobacco Products at Virginia Commonwealth University in Richmond.

The study, partly funded by the U.S. National Institutes of Health, was published July 30 in the journal Addiction.

Whether e-cigarettes should be regulated, and how strictly, is being debated by regulatory agencies around the world. Several medical organizations have called for restrictions on use of the increasingly popular devices.

“If there are any risks, these will be many times lower than the risks ofsmoking tobacco,” said senior author Dr. Hayden McRobbie, from the Wolfson Institute of Preventive Medicine at Queen Mary University of London.

“We need to think carefully about how these products are regulated,” he said. “What we found is that there is no evidence that these products should be regulated as strictly as tobacco, or even more strictly than tobacco.”

No evidence has shown that the vapor produced by e-cigarettes is harmful to users or bystanders in contrast to cigarette smoke, he added. It’s not the nicotine in cigarettes that kills people, he said. (Nicotine is the addictive agent in cigarettes).

“Use of e-cigarettes by people who don’t smoke is very rare,” McRobbie said. Furthermore, there is no evidence to support arguments that e-cigarettes are a gateway to smoking tobacco, he added.